Empowering women is not philanthropy, it is not⁠ charity. ⁠

❛⁠ Empowering women is not philanthropy, it is not⁠ charity. ⁠ It simply is smart politics and smart economics ❜⁠ ⁠ by Dr Richard Sezibera,
0 comments

✤ Wise Words by Melinda Gates. ❛ ⁠Sometimes all that's needed to lift women up is to stop pulling them down ❜⁠ ✤ Who is this remarkable woman ?⁠ Melinda Ann Gates (née French; born August 15, 1964) is an American philanthropist and a former general manager at Microsoft. In 2000, she co-founded the Bill & Melinda Gates Foundation with her husband Bill Gates, the world's largest private charitable organization as of 2015. Gates has consistently been ranked as one of the world's
0 comments

✦ Women's Representation in Major Peace Processes.⁠ Women remain under-represented and unrecognized for their efforts and successes in peace and political processes at all levels (between 1990 and 2017). ⁠ ⁠ ✔︎ 2 % Mediators⁠ ✔︎ 5 % Witnesses & signatories⁠ ✔︎ 8 % Negotiators⁠ ⁠ ⁠Between 1992 and 2019, women constituted, on average, 13 percent of negotiators, 6 percent of mediators, and 6 percent of signatories in major peace processes around the world. In many cases, women a
0 comments

Inspired Women. 10 Rules of Success According to Oprah Winfrey

Inspired Women. 10 Rules of Success According to Oprah Winfrey
0 comments 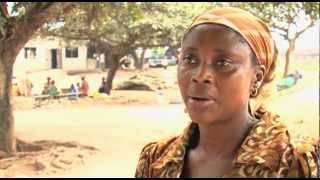 Talk about us. Faustina Sakyi

Talk about us.Faustina Sakyi, The Ghanaian Cassava farmer who turned her world around.
0 comments

Talk about us. Melinda Gates

Talk about us. Melinda Gates
0 comments

Inspirational Quote. ⁠ You will succeed and fail in equal measure.⁠ Both experiences are worthwhile.⁠ They will both define you L.Dern
0 comments

Leadership: Get comfortable with being uncomfortable | Luvvie Ajayi.
0 comments

Books that every entrepreneur woman should read.

Books that every entrepreneur woman should read. ⁠ 〰️The Execution Factor: The One Skill That Drives Success by Kim Perell⁠. ✔️Kim Perell
0 comments

Talk about us. Melinda Gates

Talk about us. Melinda Gates."Behind every successful man is a woman…" Melinda is an example of this type of empowered woman.
0 comments